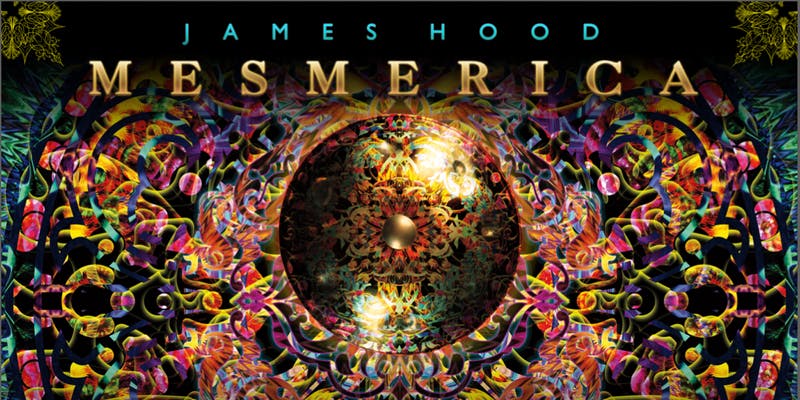 “I want ‘Mesmerica’ to inspire you into taking a journey with me inside the mind, to engage your senses and feelings with a miraculous alchemy of sound and light!” — James Hood

Mesmerica is a visual music journey that brings the mesmerizing music of Grammy-nominated composer and percussionist, James Hood together with visually-hypnotic, 3D animated art curated from artists around the world to create an immersive experience designed to transcend time, relax, soothe, and also stimulate your mind and senses …

Mesmerica premiered at the Fleet Planetarium in San Diego and at the Chabot Planetarium in Oakland to sold-out audiences for 20 nights in a row. We’re so pleased to bring it to Los Angeels for a series of 18 special Friday, Saturday and Sunday night showings just before Christmas.

James Hood is renowned as a vital and versatile musical pioneer. His lengthy and varied musical resumé includes playing drums in The Pretenders, an ongoing two-decades-plus run as mastermind of the visionary ambient/electronica act Moodswings, and an expansive array of production and soundtrack projects.

In 2014, James launched the album Ceremony, an exploration of a uniquely mesmeric melodic instrument – the PanArt Hang. The “sonic incense” of this recording spoke to fans of ambient artists such as Brian Eno, Phillip Glass and those seeking a peaceful time-slowing soundtrack. Ceremony was a resounding success, introducing tens of thousands of listeners to a compelling sonic experience, and reaching #1 on World and New Age charts in US and Canada. James repeated that success once again with the release of Pure Ceremony in 2015.​

A non-alchoholic bar will be available serving drinks, coffee, tea and light snacks.

PLEASE PLAN TO ARRIVE ON TIME AS DUE TO DARKNESS IN THE DOME THEATER AND SAFETY CONCERNS, THERE WILL BE NO LATE SEATING AFTER THE SHOW STARTS.

PLEASE allow at least 20-25 minutes to enter the studio lot and park.

The Vortex Dome is located on the lot of Los Angeles Studios, a working production studio. In order to enter the studio your name will be on a guestlist when you check in with Security. They will ask you for your driver’s license/ID. Free parking available on site. Enter the MAIN GATE at Los Angeles Center Studios located at 450 S. Bixel. Tell the Guard you’re there for MESMERICA. They will direct you where to park then proceed to MAIN LOBBY ELEVATOR and press (0). The Security Guard in the MAIN LOBBY will direct you to The Vortex Dome.

If you are taking an Uber/LYFT or Taxi, have them drop you off at the same address.

There is handicapped parking available and elevator access to the venue.